How a better image can save a life

How a better image can save a life

The Globe and Mail: How a better image can save a life 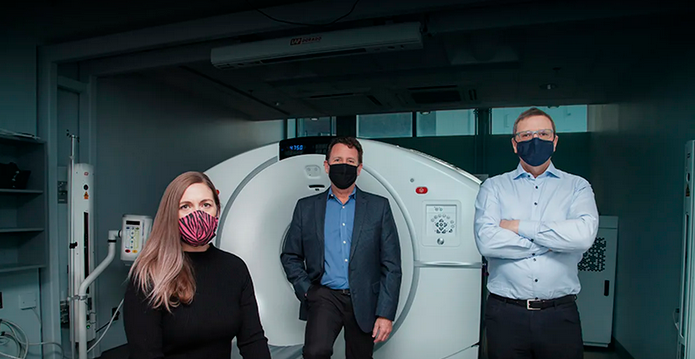 Sharon Needham never expected to see her face on a billboard in Halifax. But then again, she never expected to get neuroendocrine cancer, either. She’s now an advocate for access to a leading-edge tool that can help detect, diagnose and monitor these elusive tumours much faster than traditional methods.

So, if having her face on a billboard can draw some attention to the issue – and maybe even save lives – then she’s happy to do it.

Once considered rare, neuroendocrine cancer is among the fastest-growing classes of cancers worldwide. But it often mimics other illnesses, making it one of the most difficult to detect and diagnose, often taking five to seven years from a patient’s first symptoms to official diagnosis. Unfortunately, by the time they’re diagnosed, more than 50 per cent of patients already have stage IV cancer. Yet, when diagnosed early, they have good prospects for living a full, long life.

Bringing the best cancer detection to the QEII: Sharon’s story