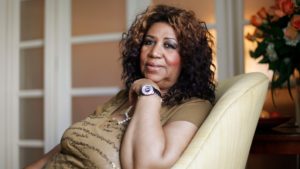 Aretha Franklin, the Queen of Soul, passed away from neuroendocrine cancer (NETs) of the pancreas, the very same cancer that killed Apple founder Steve Jobs.

Confirmed in a statement released by Aretha’s family:
“Franklin’s official cause of death was due to advance pancreatic cancer of the neuroendocrine type , which was confirmed by Franklin’s Oncologist, Dr. Philip Phillips of Karmanos Cancer Institute in Detroit, MI.”

Pancreatic cancer and pancreatic neuroendocrine cancer are two distinct cancers with distinct behaviors that originate in different types of cells in the pancreas. As such they have different symptoms and outcomes for patients.

NET cancer is often a misdiagnosed form of cancer in the medical community (and sometimes the media too). Neuroendocrine tumours can be found anywhere throughout the body and are commonly located in the pancreas, lungs, abdomen, reproductive organs and bowel.

NET cancer affects thousands of Canadians and hundreds of thousands of people across the world. Earlier diagnosis and treatment are critical to ensure better prognosis and survival.

CNETS Canada is committed to increasing awareness and educating the public and health care professionals on neuroendocrine tumours, their diagnosis, treatment and management.